Standing up for Iowa's retired school personnel since 1947.

The PH Balance Scholarship was awarded to Kale Kuennen of the Turkey Valley Community School district on October 5, 2022, in Waterloo, Iowa.

Kale Kuennen participates in a variety of activities in school including trap team, track, FFA, and the Robotics team. Each year, he has shown growth in his school work and excels in the classes that are in his chosen field of study. Kale began working construction at the age of 15 where he has demonstrated a positive work ethic and is known for his self-motivation and industrious nature. He is kind and eager to help as was demonstrated when he helped clean up after a flood and the help he gives to elderly neighbors. Kale has been described as very moral and level headed in his letters of recommendation.

As a team of evaluators, we were especially impressed with moral code, respect and the ability to not be persuaded by peer pressure. His problem-solving skills and his ability to think outside of the box have helped with the newly formed Turkey Valley Robotics Team. In his leadership role, he has taught his peers much about welding and manufacturing. He also serves as the Safety Captain. He leads by example and is able to not submit to peer pressure. All of his letters of recommendation pointed out his leadership abilities, his strong moral code, a super work ethic, a genuine care for others, and his continuous efforts to strive for excellence.

At a very young age he began living with his grandparents on the family farm. He grew up loving farming and raising cattle. At the age of 14, just as he was ready to really learn the intricacies of farming and taking care of the cattle, his grandfather lost his life in a tractor roll-over accident. Kale remains passionate about his dream of running the family farm. He intends to begin at NICC with a focus on agriculture and then attend Iowa State to complete his Ag degree and eventually 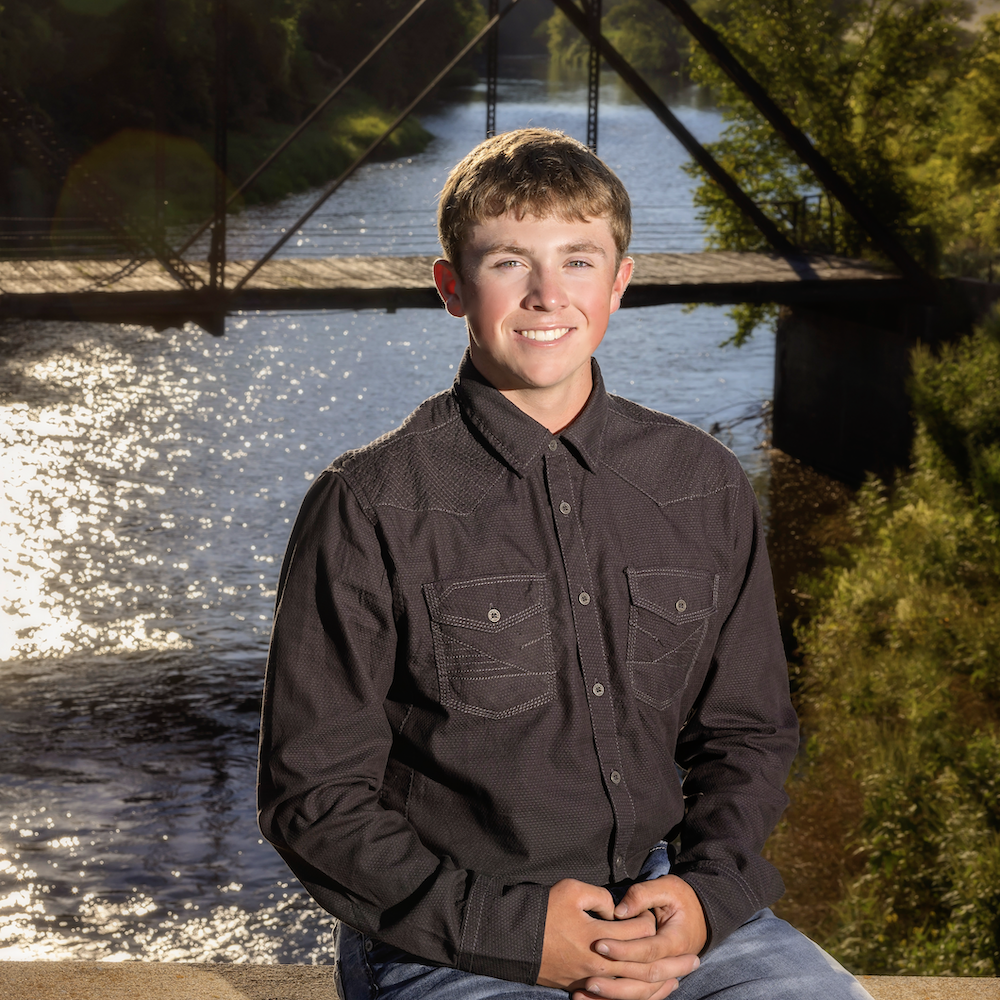